I went with my family to Safari Park in San Diego on Sunday December 12, 2011. I went not stressing about getting any images I just went for fun. This was great and possible because we all have year passes for Safari Park and the San Diego Zoo. We always make the mistake of not using them enough. I am not a huge fan of animal pictures; my passion has been night photography for many years now. Of course like trying to find true love you don’t get it when you are looking for it you find it when you least expect it.

I had one real goal and that was to go on the Safari tour that takes you though the animals of South and North Africa.  There are a variety of animals to see including some of the Rarest Rhinos in the world. The amazing White Rhino, Safari park has 2 out of the 6 that are left and the female “too old to breed at age 40” named Nola.

(UPDATE: NOLA HAS SINCE PASSED AWAY) 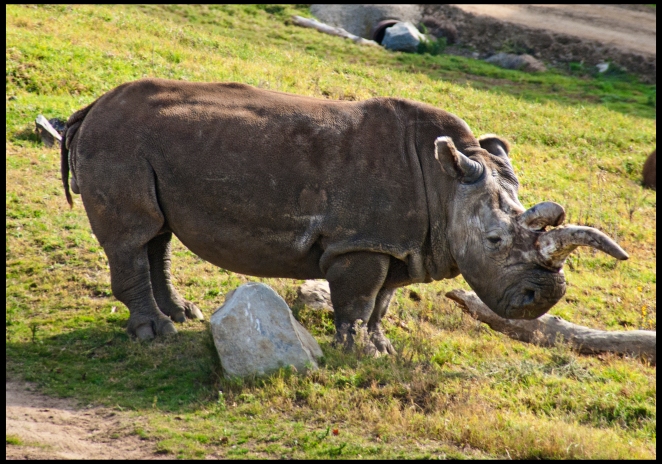 That was my main goal for the day, I always want to see the Lions however after years of going there and waiting I have gotten used to the sleeping and yawning Lion images that most everyone gets.

I had us take a long route once we got to the park and we went straight to the lion area because it is right next to the Safari tour.  I found the Lions in their normal pose which was sleeping, not impressed I snapped a few shots and we went on the tour.  I enjoyed the tour and highly recommend it to everyone that wants to see some amazing animals and learn about what it is that the park is doing as far as conservation is concerned.  The white Rhinos are truly beautiful and I was happy to leave with some great shots.  As the tour wound down I was pleased to see the Cheetahs were out, I was glad because I figured that they would be the best wild cat shots I would get for the day. Right as we got off the tram I heard a surprising noise.  It would seem as though the Lions had woken up and were drawing a crowd.  I asked my Wife and Son to meet me at the exhibit as I decided that if I was going to get any shots I would have to run.  As I approached the exhibit I could see that the females had returned to the sleeping cave obviously tired of dealing with the crowds.  The big male however wasn’t pleased that they had left and was trying to coax them back out.  The crowd was so packed in the glass area I couldn’t get a clean frame made of anything other than the very rude family that decided to take up a huge area in front to take pictures of their baby in a stroller…Some people make me wonder “what are you thinking!”

I could tell by the body language of the male Lion that he no longer cared what the females were up to and he was going to head over to the lounge area that they frequent.  I could see that no one else was thinking what I was thinking I ran over to that area to wait for his arrival.  By this time I was met by my wife and son and they got to see me grab a few quick frames before the big guy laid down again.  I didn’t realize at first that he was not done, he started woofing into the air it was quite a sound.  This apparently was his way of saying to the females that it was time to come back out.  The Expert on scene explained that even if the Lions are gone for a few minutes they need to reestablish their claim on the area.

Right at this moment I moved to a better location to get a cool shot and the Lions all headed right for me.  I was so close I could almost touch them, I haven’t ever seen them this close without a piece of glass between me and them.  It was 20 feet at the most, and quite intimidating for me because of what followed.  The male walked right up to where I was and proceeded to go into a very powerful roar.

He started cleaning himself and then he just stopped and stared at me for about 3 min straight. 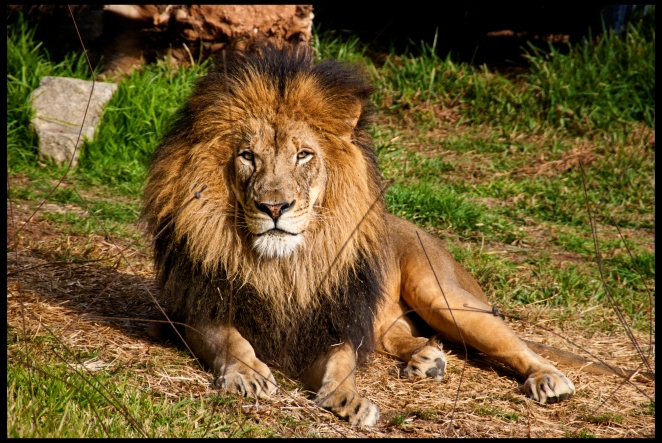 And when I say he stared at me it was creepy, he was looking right at me.  I have no doubt he was trying to will me to fall over the ledge so he could have a nice 300 pound dinner.  In the end I decided that I had the shots and offered my area to a nice family, I said come over here this is a great spot for you to get some shots.  For the rest of the day I say some great animals and made some great frames.  The Lions stole the day it was the best experience that I have ever had with them. 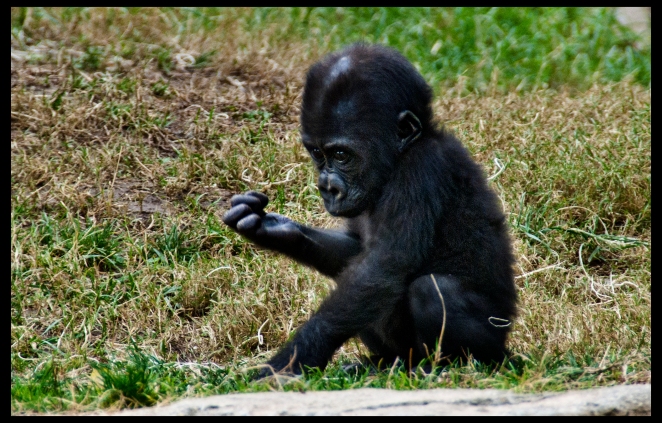 One thought on “Safari Park Supprise”

What do you think? Cancel reply Right Shot Photography Talk is a show for photographers of all levels that want to grow and improve their craft. Remember for me great photography is not about making a good shot it’s about making the RIGHT SHOT